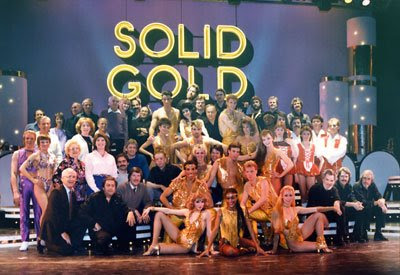 When I was little I LOVED Solid Gold. I used to watch it every time it was on. I went to dancing school for 6 or 7 years and a large portion of my family are dancers. I think it's part of my genetic makeup. I hear a song, I start dancing. Well guess what... tonight at 7:30 pm there's a concert and guess who's going to be there? SOLID GOLD DANCERS! Not only that... THE VILLAGE PEOPLE!! Oh hell yes I'm going to the show for FREE courtesy of my friend Mark. I can't wait. It's gonna be so fun!!

~Day 3~
Day 2 was a success. I stayed right at 1600 cals for the day. I try not to weigh myself very often but I did step on the scale and saw it moving downwards so that's good!

I picked up a new book at Borders last night that's about getting through the first year after diagnosis of Crohn's or Ulcerative Colitis. I read through most of it and found it didn't really tell me anything I didn't alredy know. The nutrition section said nothing about a gluten-free diet. There was one small paragraph about the specific carb diet but it just said basically there's no evidence too support it and it's too difficult to stick to. I strongly believe that the reason there isn't a lot of support for gluten or grain free diets is because people don't stick to them long enough to see the positive results. They say they don't work and I believe that is because they don't do it strictly and for a long enough period of time. Just look at all the people out there that it does work for. I wish there was more support for the gluten-free lifestyle for people other than just Celiacs. I just think that Inflammatory Bowel Disease is so similar to Celiac, why not do more testing with the gluten-free diet? It just frustrates me. I sometimes feel like people think I'm crazy for going gluten-free despite the fact that I don't have Celiac. So many people that have Crohn's just take their meds and go on their merry little ways and have times of remission and times of relapse but I say, maybe just maybe you wouldn't relapse or flair if you were following a gluten-free lifestyle. Sorry if I'm sounding whiney, I just get frustrated sometimes. I know that what works for one may not work for another but wouldn't people want to try to fix their systems naturally rather than being pumped full of dangerous medications for their entire lives?

Have any of you come across the research about the Inflammation Factor of foods? The theory is that all foods have an inflammation factor. Some foods cause inflammation in the body, some prevent or reduce inflammation. It's linked to IBD's, arthritis, cancer, heart disease and more. I find it very interesting in relation to Inflammatory Bowel Disease. Foods cause inflammation, IBD is a disease of inflammation. It boggles my brain that the medical field doesn't recognize food as an issue with IBD's. What is missing here? I wish there was a medical journal that compared and contrasted all of the gastro studies out there that relate to food, good and bad, so that we could get a better understanding of what's really going on. I think that a huge part of the problem is that there are no studies, and the ones that are out there are not significant. I guess maybe I should just keep doing what works for me and not worry so much about the rest of the world. I just find that difficult to do when there are so many people out there suffering.
:end rant:

Anonymous said…
I thought the Solid Gold Dancers were the SEXIEST people in the world...

Vittoria said…
Yay Village People! I got to see them a few years ago at a little festival in the tiny town I went to college in. Way worth sitting in a tree for a few hours :)

I have celiac and my boyfriend was told (years ago) that he had irritable bowel syndrome. Since I moved in with his family, and kinda seized control of our (his) diet is GF except for 4 slices of bread he eats a day and his insides are markedly better, so I think you're on the right track.

Liz said…
I totally hear your frustrations Jenny. By writing this blog and voicing your concern, you're making a difference.

And there's hope! My sister has her undergrad degree from Harvard and a pHd from Yale and has been doing lots of research and will be doing studies on many of the things you mentioned. With her background, people will hopefully listen. I'll keep you updated on it.
August 1, 2008 at 4:50 PM